Like every other woman I know, I have always HATED going to the gynecologist.  It’s uncomfortable, and though I shouldn’t feel this way, I find the whole thing embarrassing.  But the first time I had my annual visit with my gynecologist after having undergone my bilateral mastectomy was … the … absolute … worst.

For weeks in advance, I dreaded the appointment.  And on the day of the appointment, I was in full-blown pity party mode.  But I had what I think are damn good reasons for feeling sorry for myself—reasons that I typically push away or fully repress, but that refused to be ignored that day.  This was going to be the first visit when the “breast exam” really wasn’t going to be a true breast exam—because I no longer had “real” breasts.  Rather, I had reconstructed breasts with implants: my plastic surgeon did a phenomenal job, and with all seriousness, my oncologist said the results are among the best he’s seen.  Dare I say, in the words of Sidra during the Seinfold episode called “The Implant,” they’re “spectacular.”  But they’re not “real.”

I also dreaded sitting in the waiting room, where there almost always was at least one pregnant woman waiting for a prenatal visit with the Ob/Gyn.  Thanks to the chemotherapy that I’d received for Hodgkin’s lymphoma in my early 20s, I’d learned many years later that I wasn’t able to conceive.

So I had reconstructed breasts, and I couldn’t have children, so the whole idea of having to go to the gynecologist felt ridiculous, and that made me angry.  Of course, I knew that I still had to have my annual visits for optimal health, but I felt odd about the whole thing, like I was an imposter.  So I was resentful, irritated, and worst of all, very very down, because all of this made me feel empty inside.

But the visit itself was even worse than I expected.  It began as it always does: there was a pile of paperwork to fill out, something that always annoyed me, because I’d been a patient with the same gynecologist for over 20 years, but they still made me complete it all over again every year.  And then there was the never-ending wait.  I liked my gynecologist a great deal as a person: in fact, he was a family friend.  But not once was I taken into the exam room at the scheduled time of my appointment.  And when I finally did get into the room and changed into that terrible gown, I always had another lengthy wait—but this time wearing only the gown, which made this second wait that much worse than the first.

So I finally walked into the exam room, changed into the gown, sat down, and prepared to wait.  A nurse typically came in before the doctor to ask about prescriptions and to take the patient’s blood pressure.  When one of the nurses finally entered my exam room, I was relieved because I just wanted the whole thing to be over.  And then she said it.  She was holding my chart and some forms and, with barely a glance at me, she plopped my chart on the counter.  She then hurriedly tried to hand the forms to me, but I was too busy trying to keep my gown closed with both of my hands.  I reluctantly let go with one hand to take the papers, as she said in an obviously distracted, hassled tone, “So as you know, of course, the top form is for your annual mammogram …”  What?  Did she really just say that to me?  I looked down at the paper, which was indeed an order for a mammogram.  As I tried to hand it back to her, I said, “Excuse me, but I won’t be needing this, as you can see from my chart.”  She looked puzzled, but instead of opening my chart, she said, “Of course you do.  You’re in your 40s, so as you know, you need a mammogram every year.”  (Okay, if you’ve read my blog before, you know that I take serious issue with that statement, since there is no evidence of benefit for women in their 40s of average risk, yet there is evidence of potential harms associated with mammograms at that age.  But I digress…)  Considering the mood that I was in, I’m proud of myself that I didn’t immediately fly off the handle.  But I was furious.  I looked at her and waited until she finally looked me in the eyes.  “No, I do not.  If you had read my chart, you would have seen that I do not have breasts.  They took all of my breast tissue, so there is nothing to conduct a mammogram on–except perhaps my silicone implants, but that wouldn’t make much sense, would it?”  Unbelievably, it wasn’t clear whether she heard me, so I tried again.  “The most recent records in my chart should include a note from my oncologist about my recent breast cancer diagnosis.  And it should also include surgical records about my bilateral mastectomy and immediate reconstruction.  Without having any breast tissue, I really don’t think that this mammogram is necessary, so I ask that you take this back, please.”  She accepted the piece of paper, mumbling “sorry” under her breath, and then simply walked over to the wall to grab the blood pressure cuff.  She asked me absolutely nothing about my breast cancer diagnosis, not the type or stage, whether it was ER, PR, and/or HER2+, what type of surgeries I’d undergone, which specific chemotherapy drugs I’d received, nor whether I had received radiation.  Even when she then reviewed my current medications, she did not ask whether I was taking Tamoxifen or an aromatase inhibitor should my cancer have been ER+.

When she finally did speak, it was to ask when my last period was–more solid evidence that she had not even taken a glance at my chart.  After all, it was my gynecologist who had broken the news to me that my original chemotherapy had taken my fertility.  As I struggled to remember the last time I’d menstruated, she became impatient and said that I could “just estimate.”  My response: “I’m not trying to remember a specific day from last month, since it’s actually been a few years.  But I honestly cannot remember which year it was.”  No response from Nurse Ratched. 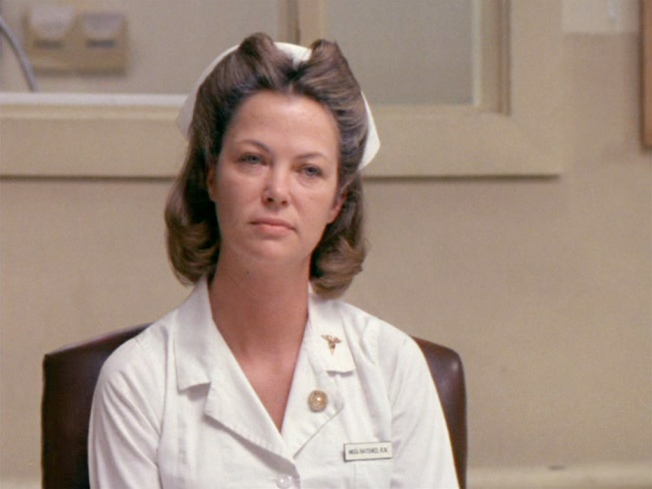 And the icing on the cake …  Remember when she picked up the blood pressure cuff?  She immediately went to my left side and went to grab my left arm.  I stopped her and said, “Look, I’m not trying to be difficult.  But please take my blood pressure from the right side, not the left.”  She simply raised her eyebrows, waiting for an explanation.  “My breast cancer was in the left breast and in the sentinel node, so the surgeons had to remove several lymph nodes.”  Eyebrows remained raised, waiting for more information to try to make some sense out of what her patient was rambling on about now.  “I don’t know how strong the evidence is.  But my surgeons asked that I never have my blood pressure taken on the left side.  They explained that because some of my lymph nodes were removed, I was at risk for developing lymphedema.  Because blood pressure cuffs constrict tissue, some suggest that it may cause or worsen lymphedema.  So please take my B/P on the right side.” She finally lowered her eyebrows, moved to my right side, and took my blood pressure.  With no small relief, I’m sure, she then felt she was done with her “difficult” patient and headed to the door.  But before she fully escaped, I called after her and pleasantly asked, “Could you please make a notation on my chart that my blood pressure needs to be taken on the right side?”  She briskly nodded her head and left the room.

I immediately put my head in my hands and tried to keep the tears from coming.  This nurse was clearly in the wrong profession, and I knew that the encounter I’d just experienced really said nothing about me, but spoke volumes about her.  But I was absolutely livid,  embarrassed, upset–and even emptier inside than I had felt just a few minutes before.

When my gynecologist entered the exam room about 15 minutes later, I’d had enough time to compose myself, and he came in with his customary warm smile, friendly handshake, and good wishes to my family.  He also spent several minutes asking about how I was holding up after my diagnosis, discussing the treatments I’d received thus far, and talking about my options concerning Tamoxifen versus an aromatase inhibitor.  He obviously knew a great deal about my diagnosis before he stepped into the room, was genuinely concerned, and provided me with the same exceptional care that he always does.  So despite the terrible experience I’d just had with one of his staff members, I did continue with my gynecologist.  However, on the spot, I decided that I would never see him in this specific office location again.  Rather, I’d vastly prefer to make the substantially longer drive to another of his office locations, because I absolutely refused to have any dealings with that nurse again.  I truly hope that after she’d walked out of my exam room, she thought about our encounter and realized that she owes her patients so much more: just for starters, actually LOOKING at the chart, LOOKING at her patients in the eye, LISTENING to her patients, and treating us with the RESPECT and the concern that we deserve.  Sadly, however, I very much doubt that’s the case.  I’d say it’s far more likely that she started shaking her head and rolling her eyes immediately after closing my exam room door, mumbled under her breath about that “pain in the ass” she just had to deal with, and then briskly went on to ruin her next patient’s day.  In retrospect, though I’d been struggling with feelings of emptiness on that terrible day, it was actually the nurse who was truly, profoundly empty—empty of compassion, empty of empathy.  My only regret is that I didn’t tell my doctor about his nurse’s atrocious, insulting, unprofessional behavior.  However, I sincerely hope that if she didn’t learn anything from our encounter, her behavior eventually caught up with her and that she’s now in a different profession for which she is better suited—such as a clerk at the DMV.

13 thoughts on “Empty Inside”